Can I say how much I’m in love with this whole day?  I’ve know Ashley & Jesse for years, and was so honored to be a part of the day, even if I slightly twisted Ashley’s arm into having me at the courthouse.  I’m so glad we decided to go ahead and have me participate.  Here’s the link to their gallery!  I hope you love them as much as I do! 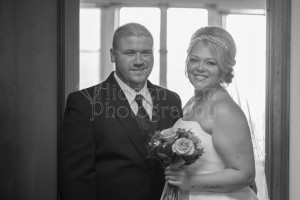 I need it to go on the record, that dad/groom, Jesse, actually thanked me for photographing the day (on Facebook, even!).  I’m telling you camera-phobic men, we really do enjoy our day together,  and most guys end up having a good time and enjoying their pictures afterwards.

All wedding days are meticulously planned.  The timeline, poses, locations, images, and details are all carefully thought out (and not just wedding, all family sessions!).  So when Ashley’s Grandpa was admitted into the hospital the night before, we knew it was going to put a wrench in the plans.  However, this Grandpa has spunk and told the hospital he HAD to be somewhere by 4, and he made it!  I know it meant the world do have her grandparents there to see her marry Jesse.  We just moved the family pictures to after the ceremony.  I’m nothing, if not adaptable! 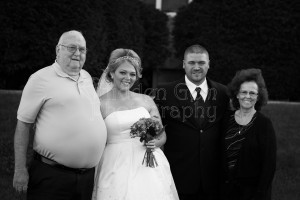 There’s firsts for everything.  I won’t lie: this was my first courthouse wedding.  I really, really hope it won’t be my last (actually, I already have another booked) since there is just as much love as days that take a year to plan.  Most people know I appreciate simplicity with my style, and Ashley and Jesse’s day was elegant and simple.  It was the joining of a couple that have spent years together, three kids, (a couple apartments that I leased them), and the determination to withstand the trials and tribulations of love & life. 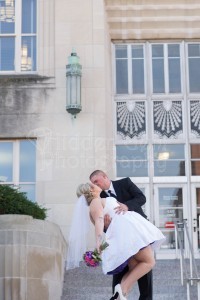 Best wishes, Ashley & Jesse.  I can’t wait to see what the future holds for the two of you (and I DEFINITELY can’t wait to photograph those moments!) 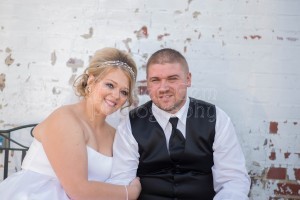