Alas!  After some massive computer problems (and minor meltdowns on my part) I’m finally back on track and getting everyone edited and uploaded.

Anyways, Ryker was amazingly expressive.  He was so intent on studying me for a significant part of his session.  You could see thoughts scrolling across his face as he decided whether or not he was going to like me.  My favorite was when he raised or furrowed his eyebrows in his debate.  Precious.  Check out his gallery here (about half way down on the page)! 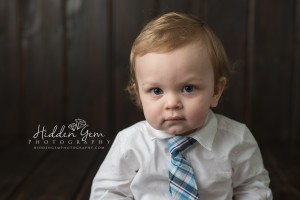 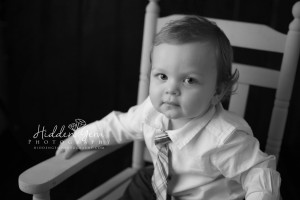 About halfway through the session, he started leaning towards liking me.  I’d get a little smirk here and there, but put this kid in mommy or daddy’s arms, and he was allllllll smiles and giggles.  It was adorable, but so infuriating when I wanted to steal those smiles for my camera!  Clearly, while he might be a serious kiddo when he meets new people,  he’s an incredibly happy and content baby. 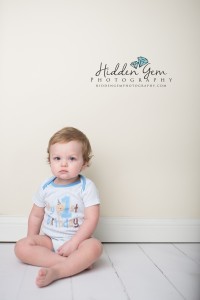 In case you didn’t see on Facebook, Ryker is a St. Paddy’s Day baby, so of COURSE we had to incorporate green into his session.  His cake and balloons were perfect, although once he saw he saw his balloons, GAME OVER!  It was fun watching him ignore his custom made cupcake for something as simple as balloons (or bawooo?, as Gemma says).

As always, I have naked baby (ok, almost nakey) pictures that I insist on taking, and after the cake smash, we get to splashin!  Hope you’ve enjoyed seeing Ryker’s first birthday pictures! 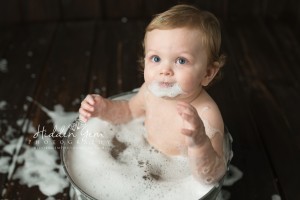 Seriously, this is like one of my all time favorite pictures.  Baby bubble beard!